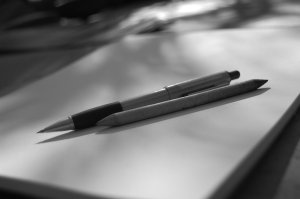 For this month’s July SXSW collaboration, Valerie and I are talking about starting anew. We both have finished our trilogies, and we are both embarking on the journey of creating a new series. I have to be honest; it really did take me awhile to get excited to begin writing again. I was still so wrapped up in The Skye Trilogy that I had a hard time saying goodbye, but now that the time has come to publish my third book, Isle of Dawn, I am feeling the proverbial butterflies in my stomach.

Before I even begin to write I always buy a fresh notebook and sit-down to outline my book. I start off with writing the characters, where the book is going to take place and a short plot summary. I then delve a little deeper with an outline of the book as a whole. I think it is important to get those details done first so you can have them for a reference later as you are writing.

The next thing I do is the chapter outlines. Now, I don’t always follow them religiously but I do like to keep them in my rearview mirror as much as possible. Usually when I hit the middle of a book I go back over them and adjust my former vision to fit where I’m now at in the writing process.

Then it’s time to daydream. Yes, I said daydream folks. I like to sit and write the book out in my head for a few weeks. I think it’s of the utmost importance to see the story in your head before you start writing. I know it sounds a little weird but trust me when I say that I would much rather have a clearer picture of my characters and my story before I begin writing.

Lastly, it’s time for the real deal. No more notes, no more daydreams, and no more talking. The first chapter is the hardest chapter to write. Period. End of story. Class is dismissed. To be honest, the first page is really the killer. You want to establish the entire book and the direction it is headed right away or else your readers will say sayonara, so long, see you later, I would rather be sleeping than reading this crap.

No pressure or anything.

When you finish writing the first chapter of your book, it’s like; a giant weight has been lifted off your shoulders. You did it; you started a book. Yes, there’s a lot more work ahead of you but live in the moment, forget about the past, and be hopeful of the future.

Now if you’ll excuse me I’m off to follow my own advice and start writing! My next series will be called The Fae Witch Series, and it will be a spin-off The Skye Trilogy. I’m hoping for the first book, The Cursed Charm, to be published in February… That is, if I ever get past writing the first chapter!

This month Shannon Barczak and I decided to write about starting over. With both of our trilogies completed we have each begun writing new projects. We each have different experiences with this and we wanted to share it with you all.

And to be perfectly honest it is rather refreshing. To be able to bury myself inside of another world, with a whole other list of characters has been my salvation in a way.  Last time we discussed saying goodbye and how hard it was to end our respective trilogies, well bear with me as I try and explain the other side of that.

Writing has always been my escape and since currently my life is filled with a series of new beginnings, change, although the only constant in life, can also be very scary, even when it’s for the better.  Having a new project, something to distract me, that demands my full attention is a tremendous gift.

Ideas for this book, which is a sci-fi alien invasion novel, started seeping into my mind before I started writing the final installment in my YA Trilogy and I would jot down notes like, character names or simple plot ideas and when I did finally sit down to start writing I had notes inside of various magazines, backs of receipts and a worn out yellow spiral notebook that I keep next to my bed in case I get an idea first thing in the morning (or I just have an obnoxious/nocturnal character that keeps me up all night). And I try and string all the notes together-they serve as plot points and I fill in all the story.

It may not be the most organized or even coherent way to do it but it’s my process.  And somehow I decipher my rushed handwriting and incorporate it all until it’s one cohesive story that I then let sit for a few months before I read it and edit it for the first time.  I think the trick is to do what works for you no matter how ‘crazy’ it may sound to the rest of us, as long as the work get’s done right?

Surprisingly starting a new project wasn’t necessarily difficult instead it was more like a friend that helped me to cope with the ending of my trilogy. Writing my new book helped me to move forward from my other characters.  It proved to me that once again books were my comfort and my therapy.