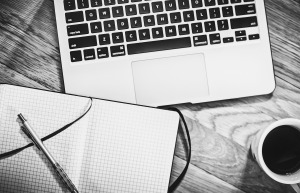 My books have all been reformatted and the two books which I wrote for my sons company have been released.

I am now free to start on my next project.

Seeds of the Damned, the story of Rafe and Hattie, has been months in the making. My outline is coming together and I have started researching a very specific event in Greek Mythology which will be at the centerpiece of the story.

Believe me, if I told you, you would only shake your head and ask me if I took my meds today.

Preparing to write a novel or a short story does take some effort. It’s not only mentally draining but physically as well. You have to gear yourself up for the task ahead of you.

I don’t know of one writer who has ever said that they just sat down and wrote a book with no preparation whatsoever. You have to have some direction. I can only tell you what I do and I can also impart what I have learned after writing  16 novels, one cookbook, and 3 short stories.

To begin with, you have to have an idea for a story. It doesn’t have to make sense, You just need a starting point. I have gotten ideas from the most random places and things. For instance, the first book in The Hidden Realm Series, The Fairy Door, came about after I stumbled across a picture of a fairy door on Pinterest.

I started reading articles about these doors in Michigan and just like that a story came to me. Wings of The Fallen came about because I was moving back to Charleston and I wanted to set a story in my adoptive town. My son, Ethan, and I sat and as we talked an idea about placing a hell underneath the town also known as the Holy City amused me at first, but then a light bulb went off.

Sometimes, just talking to someone and throwing ideas off of another person can result into something magical. I’m lucky that I have two sons who are ridiculously creative and are also writers. I think it’s important for any writer to have someone they can trust to talk too. I know it’s hard because writers are fiercely protective of their stories and some writers don’t want a single person to even know anything about their story until it’s written. I’m somewhat like that. I don’t tell anyone except my husband and children what I’m working on. I think it’s because I don’t want too much outside influence. I respect what people have to say and value their opinions, but at the end of the day, it’s my story. I’m going to write it the way I want to. I take into account what my family says and I rely on them sometimes for inspiration, but it’s because I trust them. I don’t want or need them to help me write a book, but I also adore that I have their support and when I need them, I know they’ll be right there, ready to offer me any advice they can give.

Once I have a good idea of where I want a story to go, I always sit down and do an outline. I think it’s important to summarize your thoughts before you get into the nitty gritty. A chapter outline is a must for me. I don’t always follow it though. I find that once I get started, I tend to add to a story and that can throw them out of whack, but I also take the time to stop and make the corrections as I go along.

I then go on to do any research that is needed. I like to have my notes beside me, so I can quickly remind myself later on in the writing process. I don’t print them out. I have everything written in my handy dandy composition notebook, which anyone who knows me, can tell you that, I always have one by my side. I go through them like you wouldn’t believe.

The last thing I do is daydream. To me the most important part of preparing myself to write is just taking the time to fully immerse myself in my story as it plays out in my mind. I listen to music. I find the perfect song, or songs, for each chapter. Basically, I’m a nut about this, but to me, if I can see it clearly then I feel like I can write it just how I imagine it to be for my readers. If I can portray to them exactly how it is in my mind then I feel like I’ve done my job as a writer to the best of my ability. I also have a burning need to share it just they way I imagined it. I sometimes can go on and on with dialogue and I also drop random personality quirks, but to me, that’s what makes characters interesting.

Then, of course, there’s nothing left to do, but write. I get excited right before I start. There’s this butterfly which erupts inside of my stomach and flutters around as I boot up my laptop. I always take a deep breath before I begin and I swear I don’t let it out until I’m done writing the first paragraph.

I can’t wait to get started. I also can’t wait for you all to read what’s in store with my next trilogy. I actually questioned if it was even feasible what I am about to do in this story. It’s going to test me, but I’m up for the challenge.

I just have to finish preparing…